Francis Mallmann is an Argentine known as much for his bohemian, nomadic lifestyle as for his flare with smoke and fire. He is the charismatic bon vivant, who recites poetry as he toils over vast wooden pyres.

After leaving home at a tender age, opening his first restaurant at 18 and eventually finding his way to the kitchens of Paris, Mallmann found his true calling once he began applying his skills to the traditional Argentine grilling and smoky techniques of his childhood. He now owns seven restaurants scattered across the South American continent and beyond; from the big lights of Buenos Aires to Uruguay’s hippie chic fishing village of Jose Ignacio and tumbleweed hamlet of Garzon.

His international reach extends with the opening of Los Fuegos at Miami Beach’s Faena Hotel, Villa La Coste in the south of France, and there are rumours of his first UK venue launching this Autumn in London’s Mayfair.

His style is bold; a rustic expression of the Argentine countryside and Mallmann famously makes use of seven different types of fire for cooking (techniques he based a book on). Not only is he a master of this chosen medium, but his attention to service and mise en scene is just as keen.

Perhaps most exciting of all is that he has opened his treasured Patagonian island home to receive the occasional small party for cooking classes from the master himself.

La Isla in Lago La Plata is gloriously remote. To reach the private retreat, visitors must fly from Buenos Aires to the port town of Comodoro Rivadavia. From there, they drive an arduous dirt road for five or six hours, through endless fields of roaming cattle, finally embarking on a bracing one-hour boat ride across a frigid lake.

For all this effort, La Isla does not disappoint. Mallmann first discovered Lago La Plata on a family holiday some 30 years ago and decided to build a cabin there. The original home is now used by staff, while the newer one, named La Soplada (which translates as ‘blown away’) was built as a set for his Argentine TV series on cooking in the outdoors.

As part of the show, La Soplada cabin moved across Patagonia before finally retiring to La Isla. Framed low against the horizon, the ink black cabin is hemmed in by lenga trees. Inside, there is an air of simple elegance, shelves sagging with books, logs crackling in the hearth and three bright bedrooms replete with thick blankets. Large windows give on to Patagonia’s Cerro El Gorro mountain peaks and impenetrable forests reflect in the clear lake waters. There is no WiFi or phone reception; lights run off generators but everything else fittingly runs off the power of fire – from heating water to cooking.

A few times a year, depending on his schedule, Mallmann accepts guests to his slice of wilderness. For US$44,000, up to four guests are treated to private cooking lessons with Mallmann for five days. This includes the journey from Comodoro Rivadavia, all foods, activities (including a mountain guide), and every day, one of the meals will be a fire cooking lesson.

The opportunity to eat even the simplest of meals, like fresh lake trout baked in clay over an open fire, in this setting, is one few restaurant experiences could ever come close to. 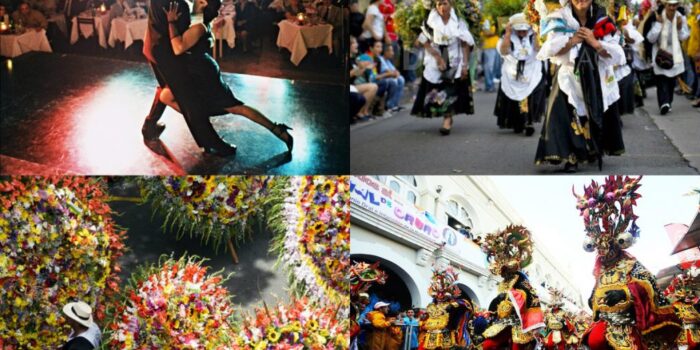 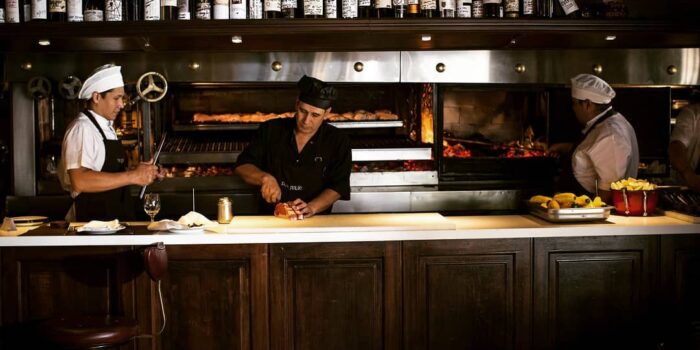 We met up with Pablo Rivero, sommelier and owner of the best parrilla in Buenos...