Julian Bedel is founder of Argentine perfumery Fueguia 1833. He spoke to Plan South America about pheromones, sperm whales and how South America inspires his fragrances…

The production processes of your fragrances are incredibly complex; it’s more than just mixing ingredients…

I take primary materials from Argentina and fragment and distil them in Europe; the procedures I look for are impossible to do in Argentina due to a lack of technology, so I do most of my work in France. In a pure extract there are about 300 molecules, and many of them add excessive ‘noise’ to the scent. I try to clean certain molecular groups so that there isn’t any interference with the pure ingredient. It’s a process where you pick the parts that you like most.

You have many weird and wonderful concepts, like Ballena en la Pampa [Whale in the Pampa]. What do you want to transmit by creating such fantastic fragrances?

It’s a composition, an interpretation. I’m an artist and a musician; my way of seeing the world comes from a creative perspective. La Biblioteca de Babel [The Library of Babel] is inspired by Jorge Luis Borges’ story of the same name. I try to create a separate universe using specific ingredients. My fragrances are very sensual… I want people to indulge in natural products and become part of the narrative I create.

Yes, and we do! The ingredient is Ambergris; it’s a type of cholesterol found in the vomit of sperm whales. It’s very hard to come by naturally, so we apply the process of ‘nature identity’, where we synthetically create something that already exists in nature. In this case we extract the same molecule (Ambreine) from the Salvia Sclarea plant; that’s the magic of chemistry!

Do you have a perfume or fragrance that you find extremely powerful, a secret weapon that greatly affected you or someone you know?

That’s what I’m working on now! I’m creating a new line of three extremely powerful fragrances based on pheromones. I hope to release it in 6 months. These fragrances will affect the wearer on every level; I’ve been testing them out on friends – some were left in shock!

Wow! What are the three effects caused by the fragrances?

They are all based on animal scents that affect hormone levels or are mood arousers. One has a particularly animalistic scent, while the other has a dry wood smell. I’ve been using as research papers the 2004 Medicine Nobel Prize and working with the company that won the 1939 Nobel Prize in Chemistry by isolating pheromones, to better learn how we react to scents on a physical, emotional and hormonal level. My new fragrances act like a second skin, mixing with your own scent and enhancing it. As time goes by some scents evaporate, revealing subtle tones of different ingredients; that’s the great thing about it – it’s always evolving.

It’s a long process – creating a concept, sourcing the materials, the distillation…

My biggest challenge has been figuring out the different ways people react to the same scent. It’s a matter of getting more case studies; we’re constantly working on that. My aim is to create something that makes the wearer feel better, like when you play the guitar, or go for a run – there’s a chemical change in your brain that enhances your mood.

Is there a smell you find irresistible?

Vetiver – it’s the root of a type of grass that can be distilled and three years later generates certain components that are incredible. I use it in everything; I can’t imagine life without it!

Fueguia has a strong and evident link to South America, particularly Patagonia. What made you emphasise this connection?

South America is dramatic, and we have a violent past, but the way we look at life is very cool. Fueguia tries to capture the sensuality of South America, the beauty of Patagonia and its landscapes, our lifestyle… It can all be said in a scent. Fuegia is the first and only luxury cosmetic brand to come from South America, and it’s the first perfume brand in the world that’s sustainable – from its practice and how we work with communities, to our ingredients and packaging. Fueguia recalls South America because that’s what I know, and Patagonia is totally inspiring. There are places there that make you feel like you’re on the moon – the petrified forests, the immense emptiness. It is a truly magical place.

The name ‘Fueguia’ further highlights the Patagonian roots of the brand.

Yes. Our full name – Fueguia 1833 Patagonia – is a tribute to the meeting between Charles Darwin, Robert Fitz Roy and Fueguia Basket, a native girl from Tierra del Fuego who was abducted by Fitz Roy during the journey to Patagonia that gave birth to Darwin’s Origin of Species.

You’ve had international success with Fueguia – what’s the driving force behind your unique fragrances?

Creativity. I’m very strict with myself and the notion of creating. I don’t like to repeat ideas; I invent crazy concepts sometimes looking for the next breakthrough… and my upcoming project is certainly a breakthrough! 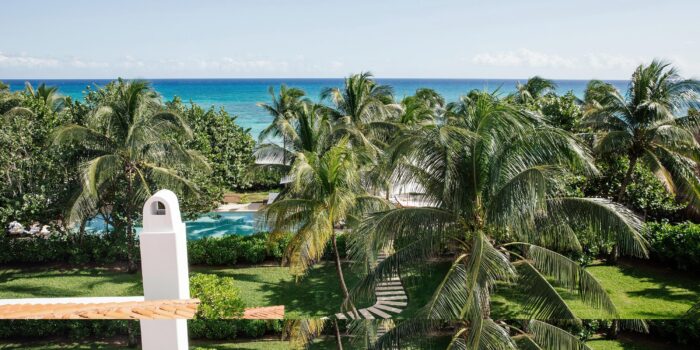 Our Kind of Place | Hotel Esencia 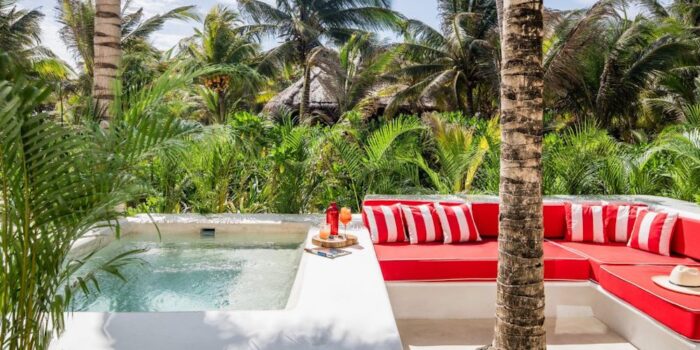