Food for thought in South America

As with so many places around the world, the heart and soul of South America is reflected in its food. How dishes are created, using spices and local ingredients, is what sets each nation apart from its neighbour, providing the astute traveller with a greater depth of understanding and insight into each country’s history and culture. We’ve lined up five South American countries and their most memorable dishes.

Argentina’s rolling stretches of pampa provide the country’s cattle with plentiful grazing. Combine this with a rough and ready guacho lifestyle and you have a tradition of grilling and smoking meat over vast outdoor fires. Being the Latin American equivalent to a barbeque, asado is intrinsically linked to social occasions for Argentines. Most weekends are spent appreciating the outdoors with friends and family, preparing a delicious meal.

Although beef is a popular component of this meal, different cuts and preparation – from blood sausages to sweetbreads – make their way onto the live fire. Smokey flavours are further enhanced with a traditional chimichurri sauce of cilantro, parsley and oregano. Food is typically slow cooked over the course of a day, enjoyed with a generous glass of Malbec and simple sides of bread and salad. 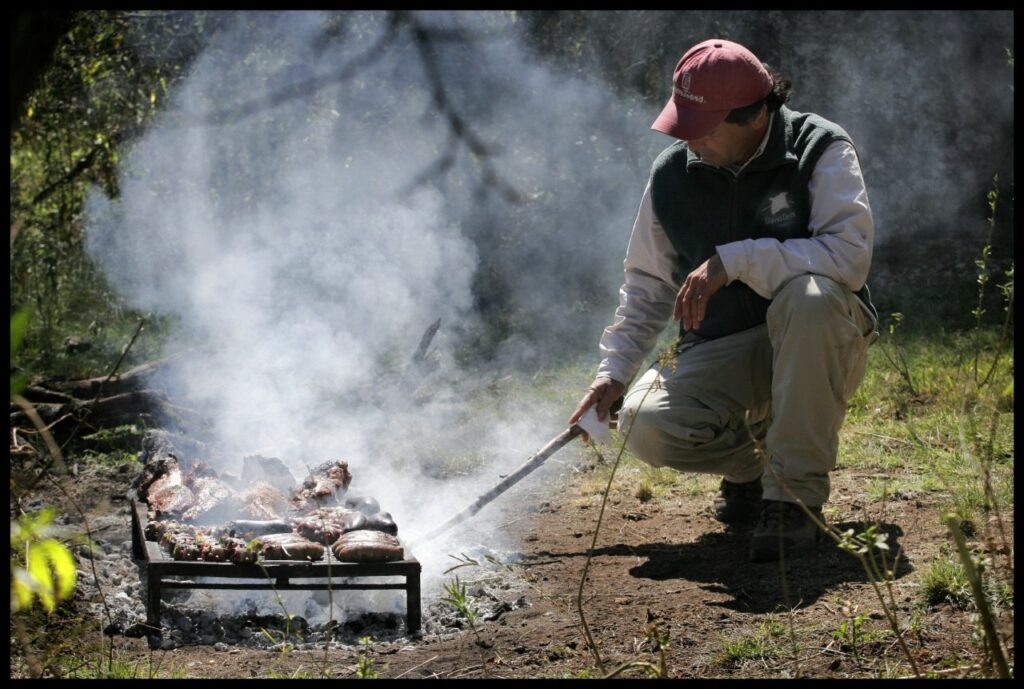 Taking the preparation of its national dish below ground, Chile’s curanto feast is something to be experienced. Translating as ‘hot rock’, curanto is created in a stone pit oven that is then filled with flaming wood pieces until it’s red hot. The wood is then removed and the pit is lined with vast nalca (Chilean rhubarb) leaves, before being filled with layers of freshly harvested mussels, clams and whole potatoes. A further layer of chicken breasts, slabs of pork and strings of chorizo are then added. The final addition of potato dumplings, layered between two damp sheets of cloth, is placed on top, while the nalca leaves are folded closed, and weighted down with slabs of earth.

The result? A delicious food feast of smoked meat and seafood, full of simple, unadulterated flavours that is best shared with good friends and good wine. 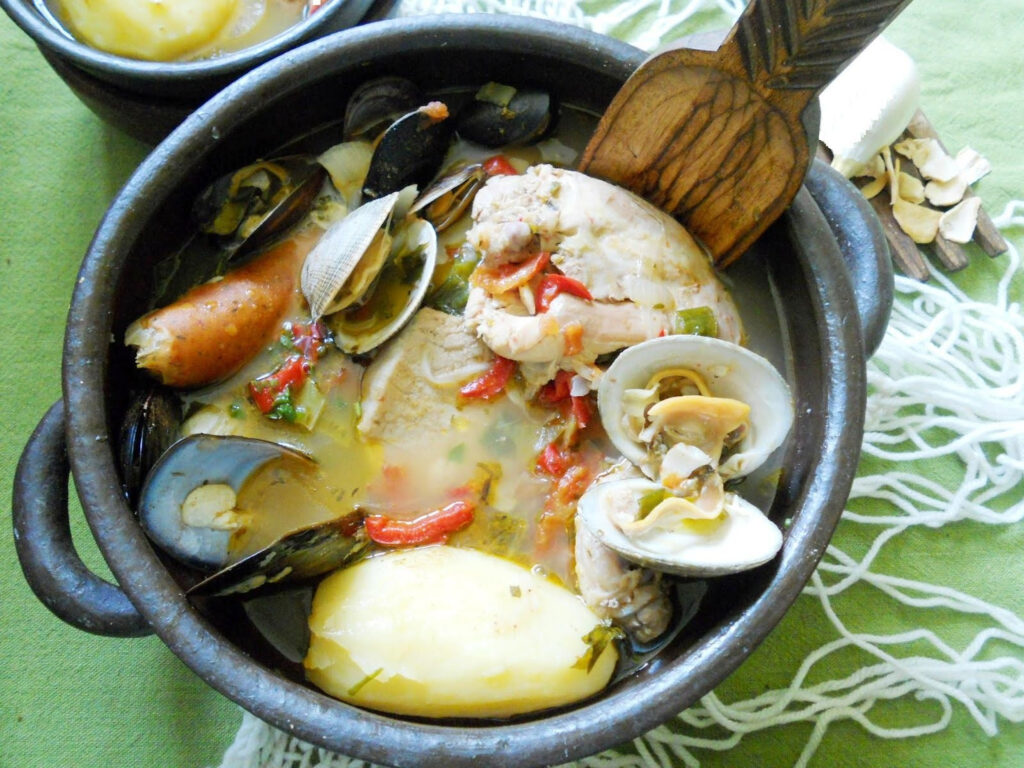 The flavour profile of Peru’s most iconic dish is much fresher and zestier than the smoky flavours of its neighbours food to the south of its borders. Ceviche is made using pieces of raw fish or mollusc, marinated in milky white leche de tigre (a simple preparation of lime juice, sliced onion, aji chilli pepper, salt and pepper). The marinade’s citric acid gently pickles the seafood’s delicate white flesh. Traditionally, this is then served with sweet potato and choclo, a white Andean corn with coin-sized kernels.

Ceviche has ties to Peru’s colonial history, inspired by dishes brought to the country by the Moorish women of Granada, Spain. It has, over time, taken on many regional variations, and most Peruvian families have their own secret recipe to make their dish standout. 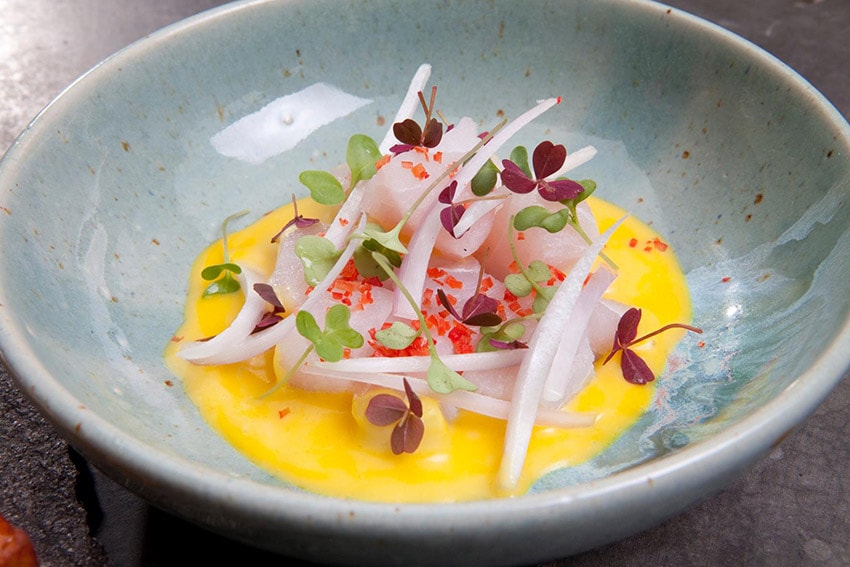 The people of this tiny South American country are famously laid back. A sentiment reflected in their food – a hearty chivito sandwich eaten with your hands at any time of the day. More than just an ordinary sarmie, the chivito is lovingly layered with steak, bacon, mozzarella, tomato, mayonnaise, olives and, to top it all off, a fried egg. Translating as ‘little goat’, legend has it that the chivito was created by chef Antonia Carbonada in the Punta del Este of the 60s. When an Argentina customer asked for a roast goat sandwich, the chef substituted this meat for beef, adding his own toppings and this mouth-watering, rustic meal was born.

Many variations are found, depending on your taste, and can also include pickles, different cuts of beef, grilled red pepper, ham and different types of cheese. Whichever the personal preference of the customer, satisfaction is guaranteed. 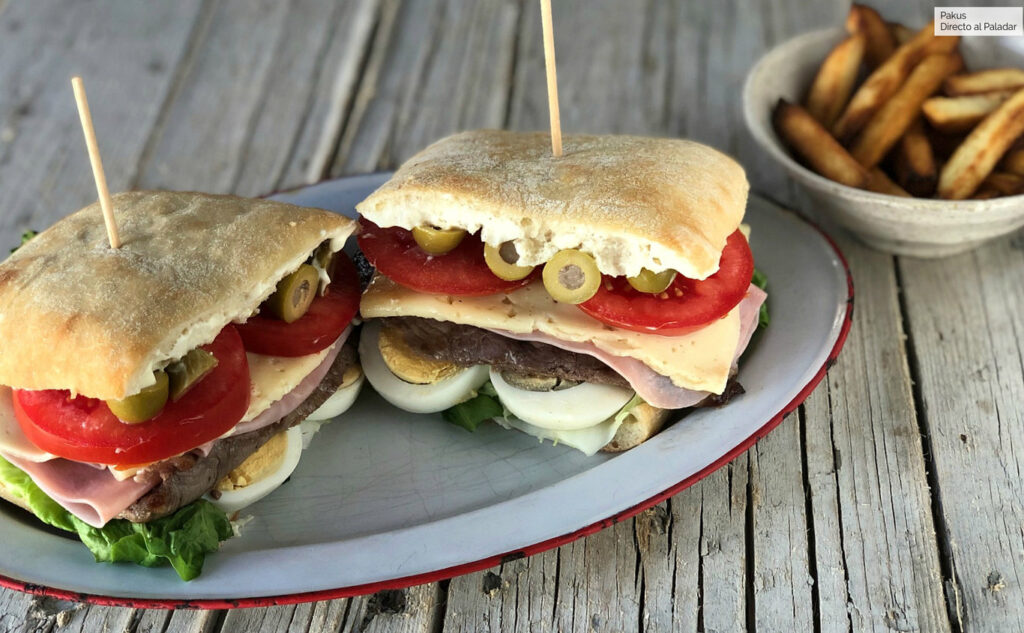 Giving a nod to Brazil’s Portuguese colonial history, the hearty, one-pot feijoada is the country’s most famous dish. However, the black beans used in this dish are not the only dark thing about this meal. Dating back to the days of slavery, slave masters would take the best cuts of meat and give the leftover pieces to the slaves. They would take this and make a hearty stew of meat and beans.

The dish has evolved over time to include more choicer cuts, like chorizo, rib and steak. However, the beans have remained the star ingredient. Black beans are commonly found in the south east of Brazil so a variety of other beans, such as white, pinto and red, are sometimes used to make feijoada. Fried garlic and onion, spices and chilli are added to complete the stew, with variations of okra, pumpkin and even banana added on occasion.

This rustic, flavourful meal is usually served with steamed rice chopped parsley or coriander, hot pepper sauce and wedges of oranges. Restaurants are known to serve the stew with a cup of dark broth to sip.

Although it is a dish born of poverty and slavery, the feijoada is now the pride of all Brazilians and enjoyed by all. 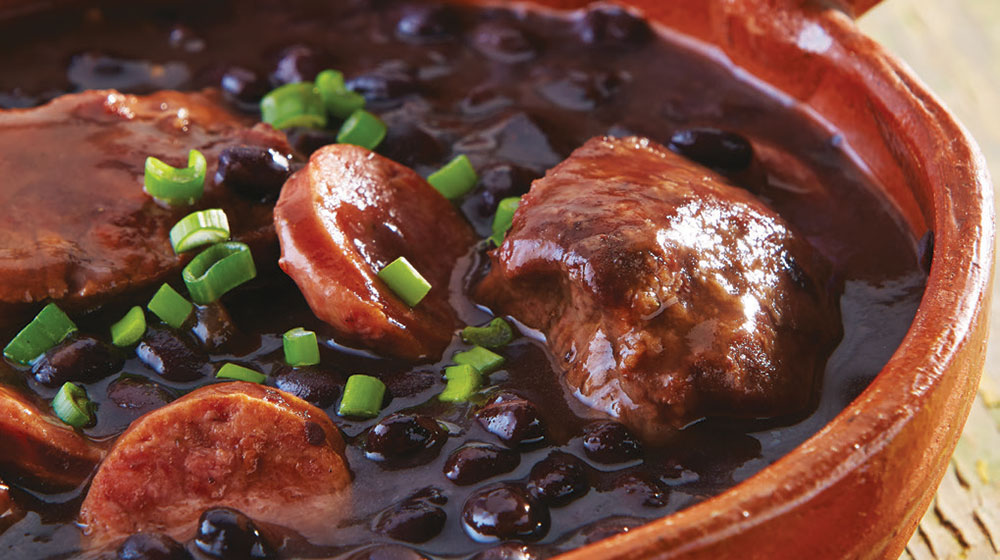