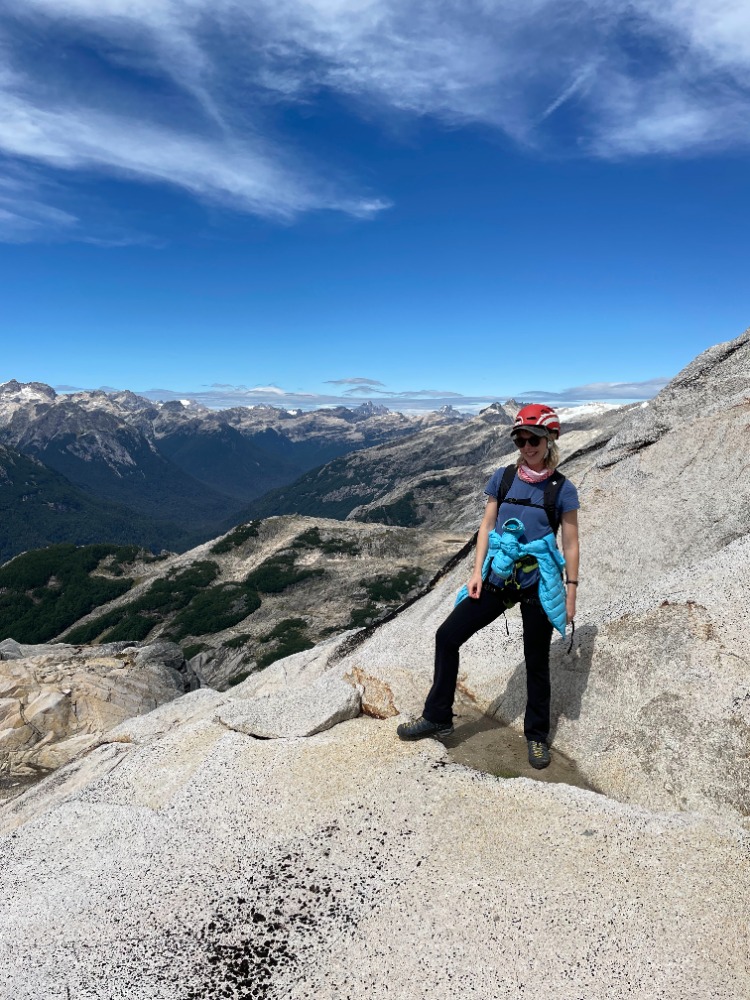 When I was 17 years old I made friends with a bunch of Argentines in a Welsh border town (bizarrely) which inspired me to visit Latin America for the first time.  Argentina was my first stop in 2005, I then studied Spanish at uni and travelled during holidays.  I lived in Chile for 9 years where I worked for the vineyards in Casablanca Valley before moving into bespoke travel planning.  Now based back in the UK I want to show off the best my second home has to offer!

Hey, Hattie. Which was the first country you visited in Latin America? What were your impressions?

Argentina, and particularly Buenos Aires knocked my socks off. The grand but slightly faded architecture, the incredibly glamorous porteños (Buenos Aires locals), the widest avenues I’ve ever seen, the abundant culture, the late nights… It was intoxicating.

Tell us about a recent adventure of yours. What did a typical day look like?

It was the first trip I took since the pandemic and I visited Rio Palena Lodge in deepest Chilean Patagonia. This was just the tonic after months of being shut up at home. We kayaked, went alpine heli trekking, white water rafting down Futa River (spotting the world #1 kayaker Benny Marr on route) and fly fishing. Even managed to fit in some dancing, singing and lots of hot tub time. This place felt like home and the team there like friends once we left.

From delicious wines to handicrafts, Latin America offers incredible creations- what is the best souvenir you’ve ever taken home?

Can I say my husband?! He’s Chilean and we met on my first visit to Chile with the intention that he would become a wistful memory I would reminisce over on grey English mornings back in London. I ended up living in Chile for 9 years where we married and had two little Chilean/English girls.

Where will your next Latin American adventure be?

I am dying to visit the salt flats of Bolivia for some proper off grid adventure. Then I’d love to road trip around the Salta and Jujuy region in Argentina and in particular visit the high-altitude wineries there. I’m fascinated by the Esteros del Iberá wetlands in northern Argentina. It feels like the Latin American answer to safari, given the variety of exotic animals and birds you can see up there. It’s a dream of mine to take the train through the Andean highlands of Peru. I could go on.

What’s the most rewarding experience you’ve had in Latin America?

Climbing up the side less travelled of Villarica Volcano in the Chilean Lake District to reach the crater. We set off walking at 3am over the rocky dried lava boulders upwards onto snow and then ice with crampons, pickaxes and climbing gear and I wasn’t sure I’d make it to the top. As we ascended we saw the volcano’s shadow stretch across the lowlands as the sun came up and could see the tips of other volcanoes above the clouds in the distance. The 360° views were amazing – the toxic egg smell emanating from the belly of the crater less so.

Place you’d love to go back to?

Central America where we visited Mayan ruins at sunrise, slept in a jungle treehouse, kayaked at night into bat caves, climbed volcanoes, took the painted buses through Guatemala, sampled everything and anything at the Oaxaca food markets, went barracuda fishing off Belize and bought too many beaded necklaces.

Should be wine but I’m a total sucker for a pisco sour. But the perennial question, which is better: the Peruvian or Chilean version?