It’s hard to escape the feeling of being on the edge of the world on Brazil’s north-eastern coast. Looking out over the Atlantic from Lençóis Maranhenses National Park lies Africa or possibly Portugal depending which way you position yourself. To the other side, silken sand dunes in a palette of putty and grubby white stretch towards Brazil’s sparsely populated Sertão. Along the water’s edge rugged goats and bony cows graze on the damp seaweed revealed by the retreating tide. The odd fisherman breaks up the perfect horizontal of the horizon and donkeys trudge uncomplainingly along the dunes as the wind whips the sand around them.

Lençóis, which means “sheets” in Portuguese, occupies an area of close to 1,500km2 between the sea and the rest of Maranhão state. It is covered in undulating and ever-changing sand dunes. Most of the year, hollows in the dunes fill with rainwater creating deep blue freshwater lakes. Barreirinhas, a small town built up to accommodate the many visitors, is the usual point of entry to the park, but for those who venture a little further along the Rio Preguiça (Lazy River) the blinding bright walls of the dunes appear first along the river and then can be accessed from the tiny town of Atins.

Having only secured reliable electricity in the past year or so, Atins is on the ascent. Some kitesurfers have named it the best spot for their sport in the country, but with streets so sandy they are thick with shells, barely no light at night and only a handful of places to eat, it is rewarding to have made it there before the masses descend. Days in Lençóis can be spent exploring the dunes – on foot or horseback, in a 4×4 or on a quadbike – or paddle-boarding through the mangroves or lazily watching the kiters skimming the seas from beach.

A speed-boat ride through the Delta do Parnaíba down the coast only compounds the feeling of blissful isolation. The delta is one of the largest in the world and yet it seems to be home only to mangroves, myriad birds and fisherman bobbing in dug-out boats. It lays claim to some famous residents however: the guará, or scarlet ibis. The birds, born white in colour, turn a letterbox red later in life from the crabs they eat. At dusk flocks hone in on some of the delta’s 73 islands, roosting like berries on shrubby outcrops.

Edging gently south-east, Jericoacoara, a town on the coast of its own national park, has drawn wind junkies and hippies for over twenty years. These days, though touristy, it retains elements of its original charm and has the lure of all of its natural assets. Far beaches are best reached by buggies bumping along the sand. 4x4s take groups to see Pedra Furada, a stone arch, or to laze in Instagram-picture-perfect hammocks slung over the azure sea. When the nightly pilgrimage starts to watch the sunset from the town’s closest dune, mount a horse and ride like Lawrence of Arabia along the desert sands and into the sunset.

A further 800km or so eastwards brings the magic of Praia da Pipa. With paved roads the town seems sophisticated compared to the sandy streets of before, but it lacks too much hustle and bustle, and once down at the foot of the cliffs it is nature that rules. The tide conceals and reveals large swathes of shore every day, restricting access to certain beaches or leaving sunbathers to while away the day in blissful spots. Hundreds of turtles hatch and struggle across the sand at certain times of year and every day, as the sun goes down, pink and grey dolphins come into Praia dos Golfinhos, arching occasionally out of the water and celebrating the day’s end with the handful of locals and visitors paddling in the inky evening water.

Pousada Cajueiro, Atins – in a fishing village on the edge of the world, high luxury is virtually impossible but this pousada is the pick. Clean, comfy rooms are decorated with local materials like shells, palm leaves and weathered wood, and the restaurant is excellent.

Vila Kalango, Jericoacoara – though once an outpost in Jeri, the town has now caught up with Vila Kalango. Yet with an uninterrupted view to the sea it remains peaceful and as luxurious as it gets in the town with plenty of room to lounge in the grounds, thatched rooms, a swimming pool and spa.

Sombra e Agua Fresca, Pipa – a short walk from the city centre and overlooking Praia do Amor, Sombra e Agua Fresca it built around a network of swimming pools and gardens with unrivalled views out to sea. Along with a spa there is a resort as well as the hotel. 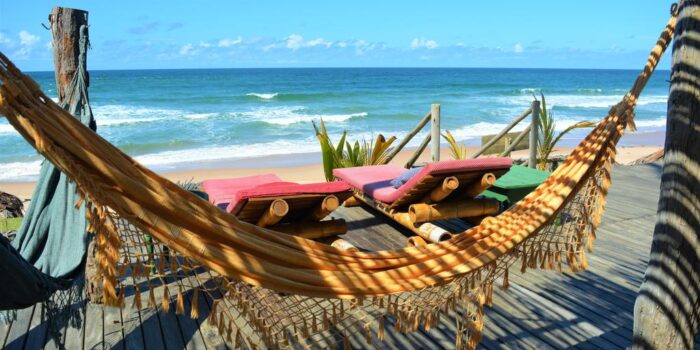 We get very overexcited when we discover a place like Butterfly House. Most guests arrive... 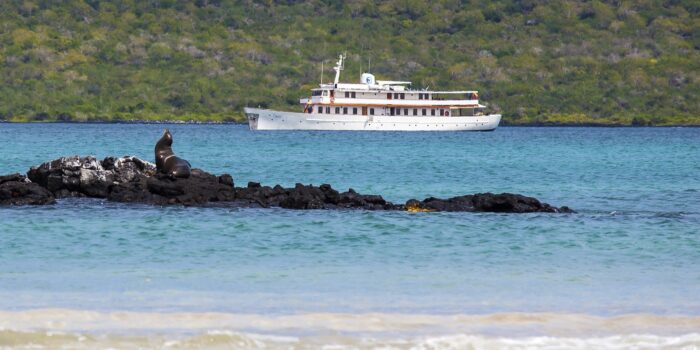