This week we met up with Colombian fashion photographer, William Kano. Raised in Medellín, Kano moved to Buenos Aires after university to pursue a career in photography. He tells us about his art and shares his favourite places in Colombia…

Were you always attracted to fashion photography?

No, I started doing documentary photography and covering concerts. Documentary is what I like most – it has a special depth and the finished photograph is more enduring. But with documentary photography you are constantly running after what you want to capture. Perhaps I got fed up of always being alone, constantly chasing the perfect shot. When I changed tack, it wasn’t fashion in itself that attracted me, it was the opportunity of being able to recreate anything I wanted, and have a team working with me to make it happen.

Your commercial work differs hugely from your personal work. In your personal projects you combine art and photography to achieve a more profound image…

I’m interested in creating images that stand the test of time; photographs that I can see years down the line and still feel drawn to. Editorial fashion is very ephemeral so in my personal work I try to produce images that have some kind of documentary or autobiographical content. For example, there was a period growing up where three or four of my uncles had to have a leg amputated due to a genetical disease. It was a very traumatic experience and one that marked me as a person, so in my latest projects I’ve been photographing models posing as amputees. I don’t expect the viewer to associate the image as autobiographical, but it is intended to transmit a story and provoke a reaction.

I’m attracted to beauty, but I find it interesting to take a model and give them a different character. As human beings we have countless stories inside us waiting to be told and re-told; I love the idea of giving someone a role and watching them play out a memory of my childhood in Colombia.

Colombia is very diverse; where would you send someone who has never visited before?

Medellín is a must – the mountains, the coffee farms, the rivers… there’s so much natural richness in that area. If you go further into the mountains you will come across towns like Manizales and Cundinamarca, where you see farmers working in the coffee plantations. Being there in the middle of the mountain and smelling the coffee bean is a wonderful experience. The coast is also amazing – Colombia has access to both the Pacific and the Caribbean – so there are plenty of beaches to choose from. Cartagena is absolutely beautiful.

Medellín has been perceived in a negative way due to its history. What’s it like now?

Today Medellín is nothing like it was before, it’s a lot safer. Colombia as a whole is open to welcoming foreigners and foreign industry; the fight against corruption has made Colombia a safer place. Medellín is one of the fastest growing cities in Latin America – on a technical and cultural level too. Unfortunately, the negative perception of Colombia is hard to shake off but it only takes one visit to change that.

Due to its location, Colombia has very particular influences; unlike Argentina it doesn’t look only to Europe or to North America…

Exactly, Colombia is nourished more by Latin American culture than by European. In the north, there is a strong Caribbean culture, comparable to Cuba – food, faces, architecture, music. Salsa is our lifeblood. There is also plenty of influence from Mexican cuisine.

When is the best time to head out to Colombia?

The best time to visit Medellín is in August when the Flower Festival is on, or in December when the Christmas lights go up. December is the best time to visit Bogotá, everyone just wants to celebrate – there are lots of festivals and parties; it’s a very special time, and there’s never a lack of Aguardiente, especially in Medellín! 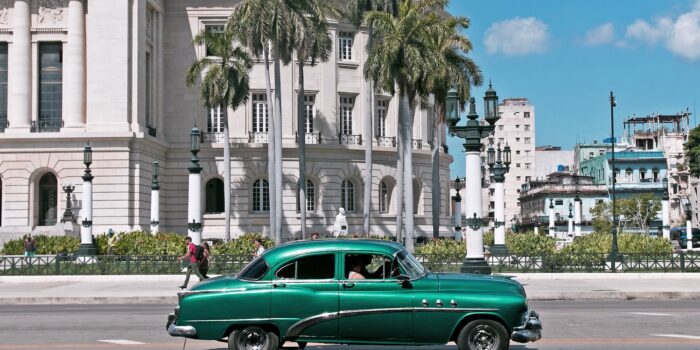 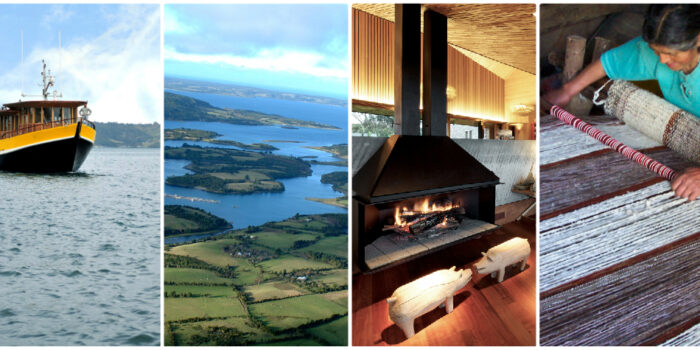 All glass and hardwood, Refugia ('The Refuge') showcases the richest and wildest elements of ChiloÃ©,...