The Witness | Journey of a Colombian War Photographer

In 2017, we interviewed award-winning documentary film-maker, Kate Horne, to discuss her work in Latin America. She has since directed a stunning documentary, The Witness, with Colombian photographer, Jesús (Chucho) Abad Colorado. Their mission? To tell the stories behind the subjects of his war photographs captured during the 80s and 90s in the context of a modern Colombia. We met up with Kate to discuss her latest project… 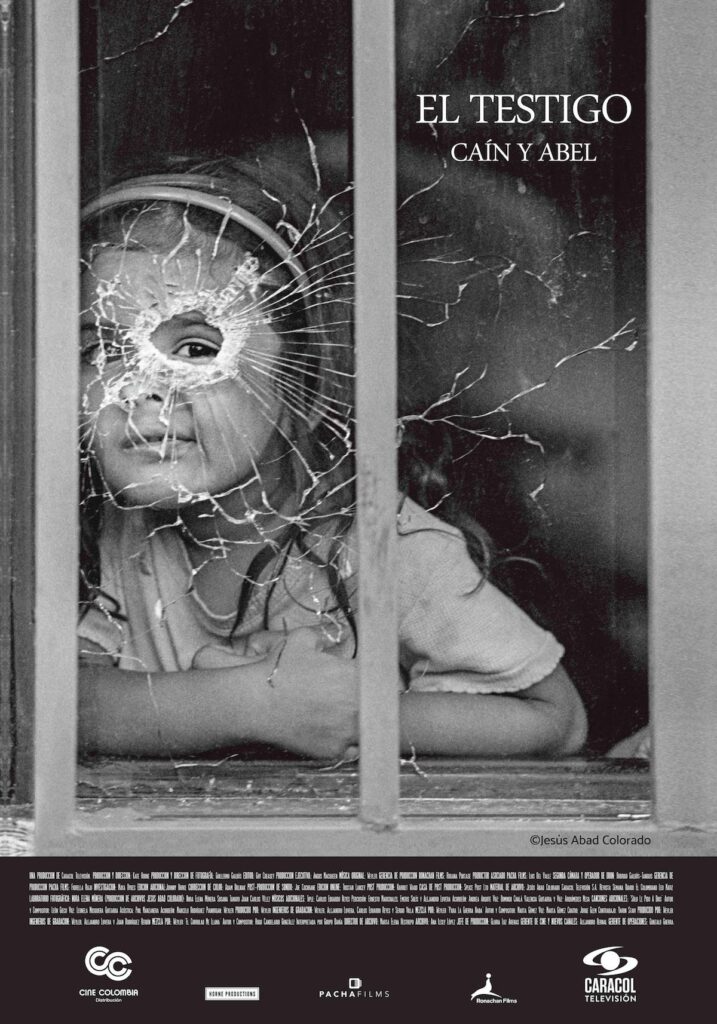 Watch the trailer below!

What do you hope to achieve with the telling of this story?
I knew of Chucho’s powerful photographs but nothing of his personal story. When he told me about the murders of his own family, that despite all the horror that he had witnessed he was spreading a message of hope, I thought that it would be really interesting to tell his country’s story through his iconic photographs and to explore with him what forgiveness and a lasting peace means for Colombia. 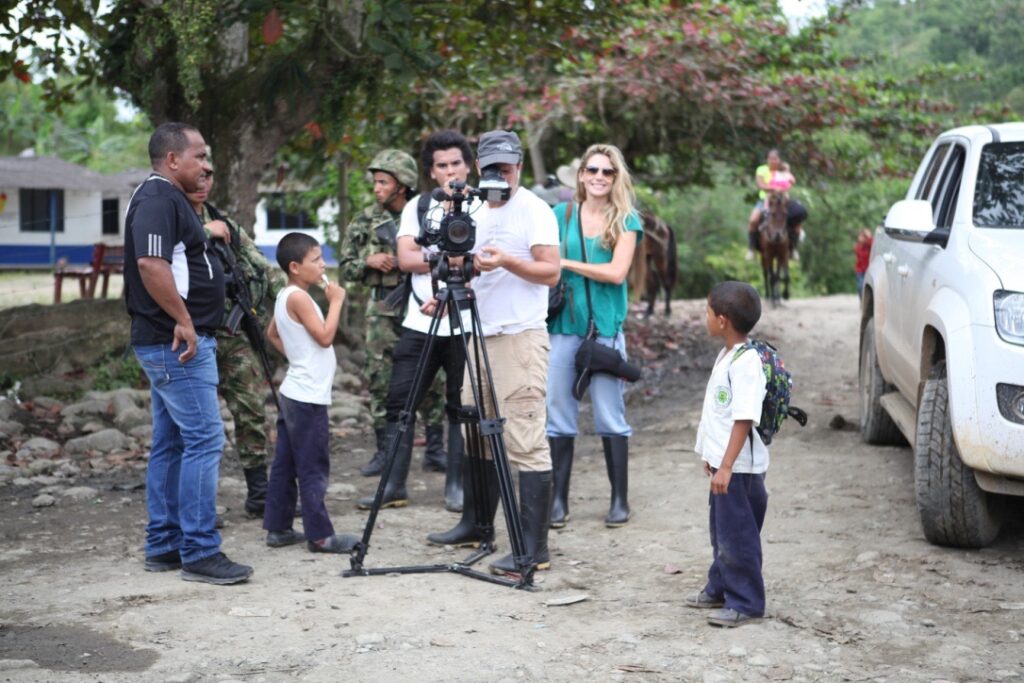 Ivan Duque has recently been elected as the new Colombian President. Are you optimistic for this delicate new phase in Colombia’s history?
I really hope that the peace process will not be derailed and that the President is committed to seeing it through in the best way to achieve peace throughout the country, even the most isolated communities of Colombia. 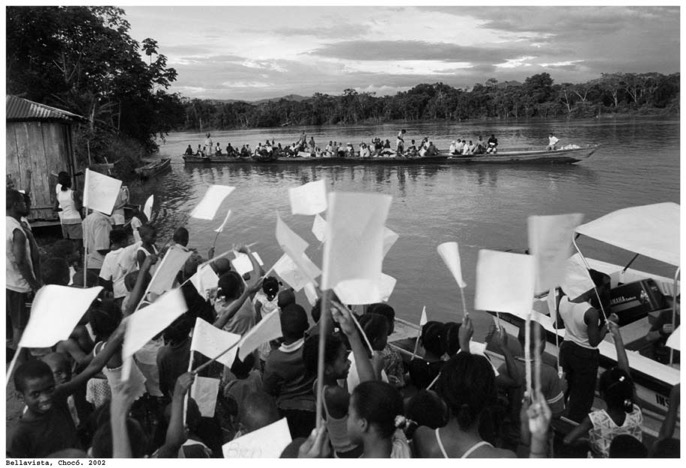 The Witness focuses on the power of forgiveness in the aftermath of war. Which story from Jesus’s work most resonated with you?
In 1995 Jesus took a photo of a young girl burying her father who had been brutally killed. Jesus never even developed the photo but he published a powerful article in the newspaper denouncing the killing. Years later while we were making the film,  Jesus had a chance encounter that lead him to find the girl and it was extremely moving to learn how Jesus’ work had altered the course of her life and also a powerful lesson in forgiveness for us all. 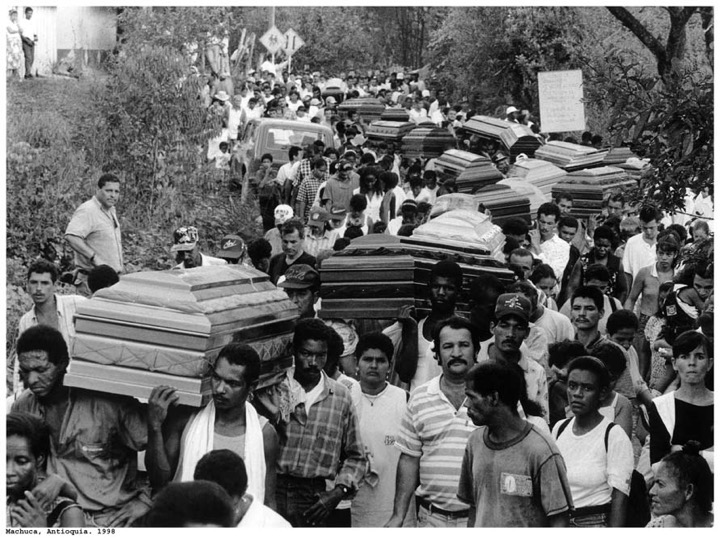 What has the reaction been to The Witness as it previews in Colombia?
I was overwhelmed with the reaction to the film. People were very emotional at the screenings. They weren’t seeing stories from the past, the wounds are still healing from this war and it was difficult for them to watch, but I think they responded so positively because they could identify with the characters in the film and hopefully see that if those people could overcome such traumas, so could they. 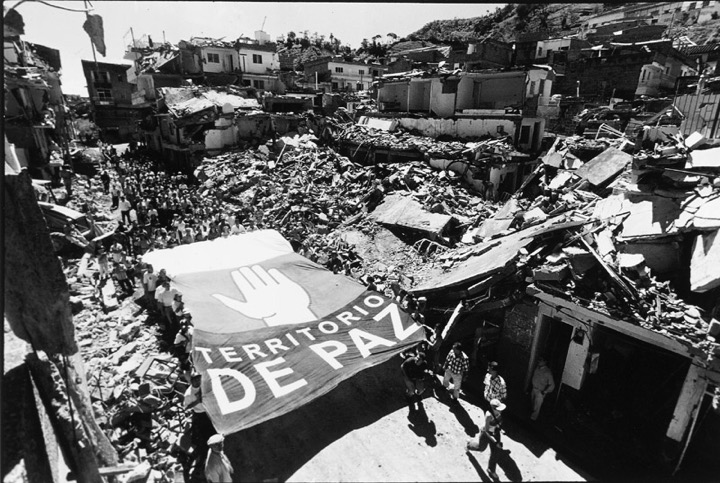 You will be screening The Witness in partnership with Hay Festivals in Arequipa, Cartagena and Santiago. Hay Festivals brings writers and audiences together to share stories, inspire, examine and imagine the world as it is and as it might be. What do you hope Latin American audiences might take away from Jesus’s story?
I made the film about Colombia and the longest civil war in the world, but it is essentially a meditation on forgiveness. I always set out to make a film that would resonate with people, definitely in Colombia and Latin America, but with audiences around the world. I hope that they take something away from this one man’s unique experience, his commitment to peace building and reconciling communities through his photojournalism. 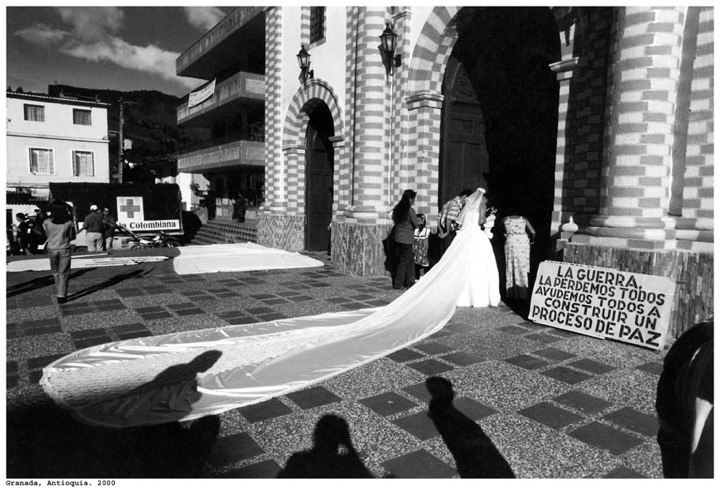 In 25 years of war, Jesus was really the sole photographer to have documented all sides of the Colombian conflict. What enabled this level of access?
So much is down to trust and respect; Chucho’s family is a victim of the war and he has a reputation as not just a photographer but a man of peace, committed to documenting the victims of all sides of the conflict. He certainly took great risks capturing his photographs and had two brushes with kidnappings during his career; he is still alive when hundreds of his fellow journalists have been killed.

In the face of peace, what are Colombia’s most prominent challenges?
Well, just to really achieve peace across all the country. Colombia is one of the most geographically diverse countries in the world, separated by three ridges of the Andes and the state hasn’t been present throughout all the country. Making sure that peace is really achieved throughout this land is a massive challenge. Also the logistics of re-integrating thousands of former fighters back into society, seeing the country through the transitional justice phase successfully. 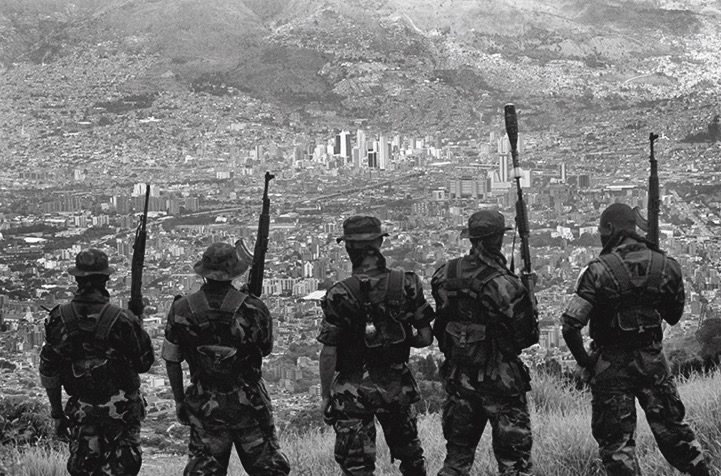 Your travels in Colombia have taken you to some of Colombia’s wildest corners. Is there a place that has made a particular impression on you?
I had the most special time staying at Reserva One Love. The hotel is nestled by the Palomino riverbank within the jungle of the Sierra Nevada, an isolated coastal mountain range.

I loved being in the jungle with proximity to the sea and going on a “tubing” adventure: 1 and a half hour journey down the Palomino river from the Reserve, floating on a rubber ring taking in the beauty and wildlife of the surrounding mountains until you reach the Caribbean sea. 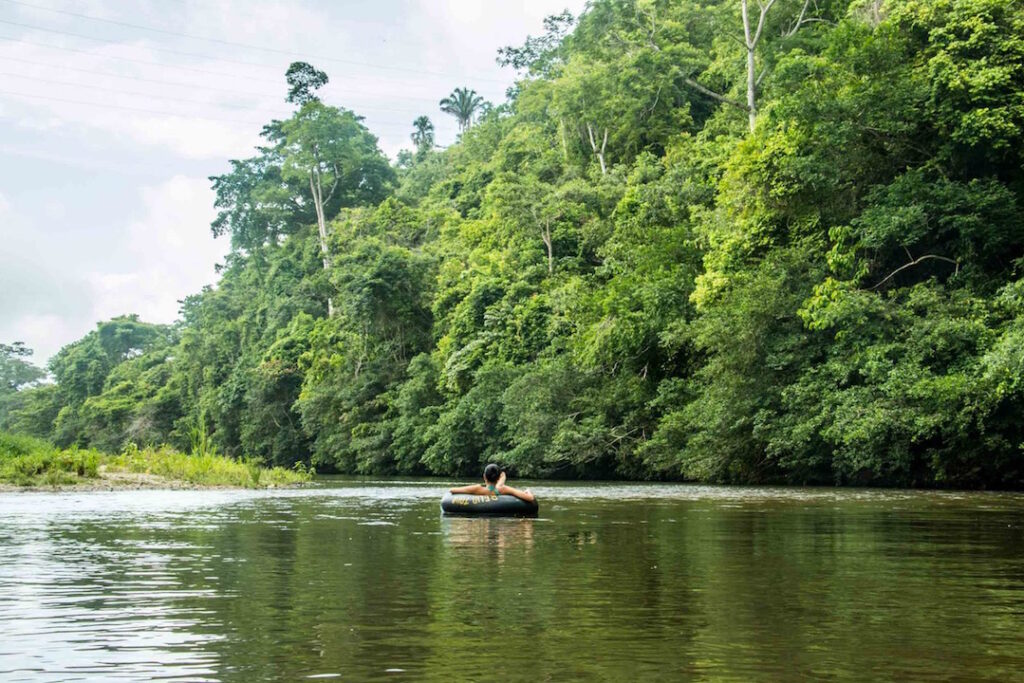 “Tubing” starts with a steady uphill mini-hike through the Sierra Nevada jungle, home to various indigenous tribes, including the Kogis, Arahuacos, Kankuamos, and Wiwa who believe the Sierra Nevada to be the heart of the world. Then its down to reach the river, stepping into your ring and a beautiful meditative glide down to the sea. My favourite tree was the towering Macondo that rises up near the river and reminds me of Garcia Marquez’s mythical place. 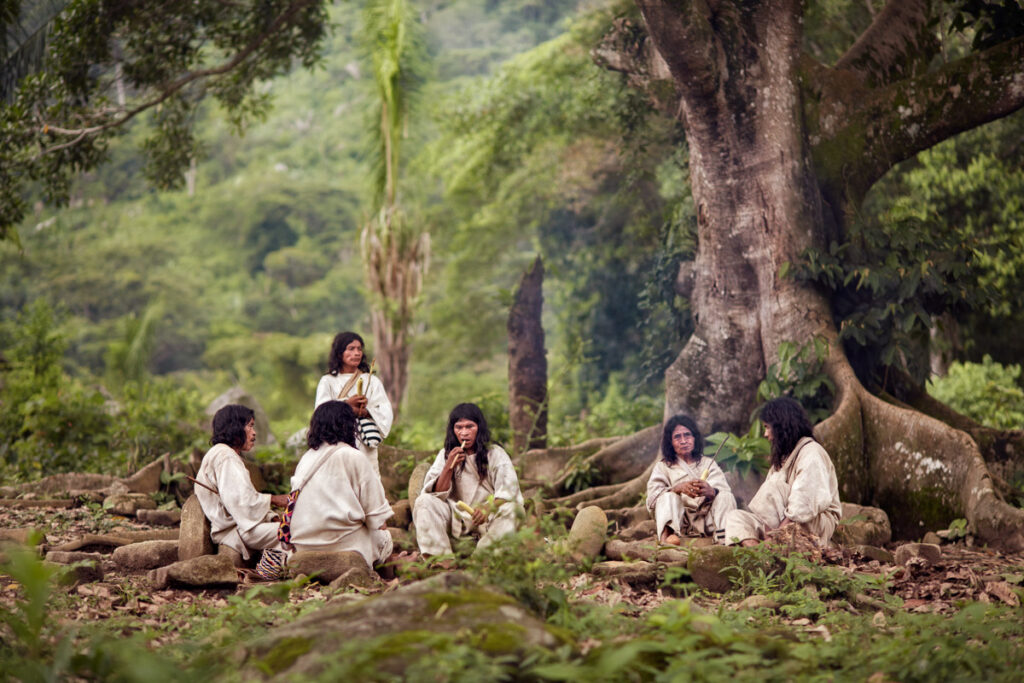 You have spoken of your passion to tell more of women’s stories in Latin America and to explore the issue of abortion– might this be your next project?
I continue to feel so strongly about cases of abortion and seven women a day are murdered in Mexico city alone – I am fascinated to explore why this is. Let’s hope I do but for now I’m committed to spreading the word of the film around Colombia and the world.

In Latin America, there is a natural warmth towards the young and the old. Why are modern western societies not better at this?
I honestly think that dancing in couple is a big part of it! In Colombia salsa is the glue that binds the place together, it brings together young and old. I can’t think of anywhere else that I’ve been where a teenage girl dances with her septuagenarian grandfather and it not be a wedding or a very special family event. For that tactility and physical closeness to be considered totally normal I think is very inclusive. 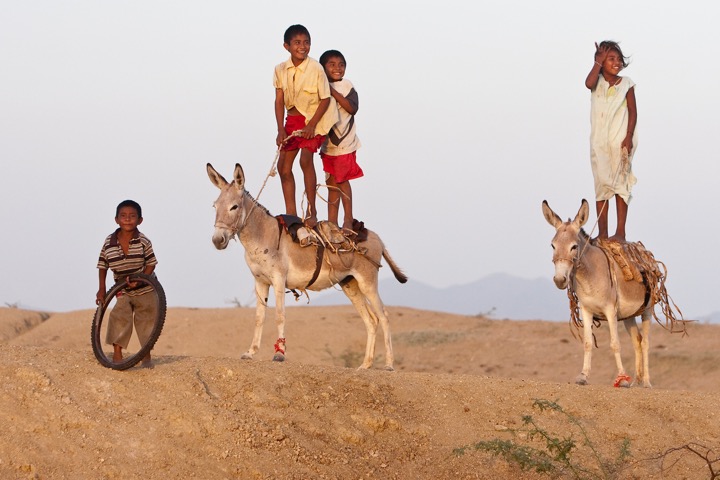 Aside from your family, which five people, alive or dead, would you most like to see Testigo?
Wow, that’s a good question… I wish that my father had seen the film; he died before he saw any of my films released or articles printed. I’d like the new president of Colombia to see it and all those in positions of power, policy making and involved in transitional justice and peacemaking, not just in Colombia but also around the world. Mmm, President Trump to enlighten him on Colombia’s complex past, helping to put paid to any idea that the conflict can be just dismissed as a “narco war”. But you know for the most part I want communities in Colombia to see it and for it to be used as a tool to change hearts and minds throughout the country, because that is what a good documentary has the power to do. Time will be the judge. And Nelson Mandela, because he oversaw a new dawn in his country and believed so much in the power of forgiveness in peacemaking and I would love him to know that people like Chucho are out there, following his example. Anyone who has something huge they are wrestling to forgive in their life that burdens them. I would want it to show them that if you can overcome what Colombia has, anything is possible.

Release:
‘The Witness’ (El Testigo) is currently being shown in cinemas throughout Colombia (CineColombia). It will then be travelling to the Hay Festival in November – January supported by the British Council, before being released internationally and online. Go to www.kate-horne.com for all information on how to see the film in the UK. 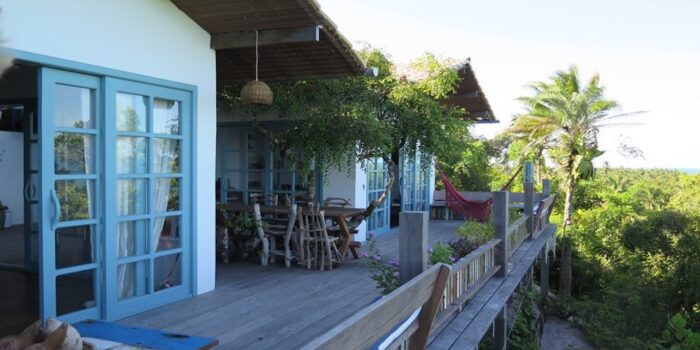 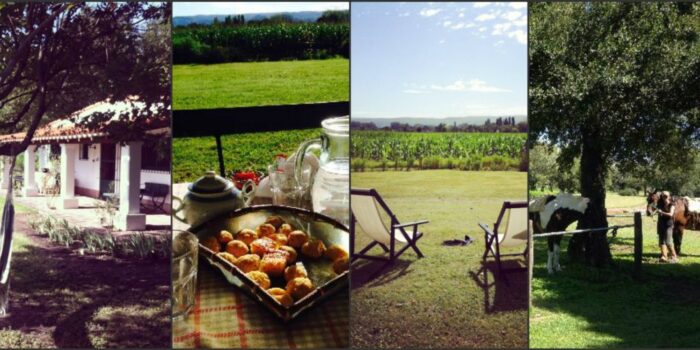 'Leave your worries at the door. Here, there is only heart' reads the hand-painted plaque...