On 11th March, COVID-19, a strain of coronavirus was confirmed a global pandemic.  It has led to unprecedented restrictive measures and international border closures. All countries may prohibit travel without notice, and as of 17th March, the FCO (Foreign Commonwealth Office) advise against all but essential international travel indefinitely.

In these uncertain times it helps to have some clarity on an ever-evolving situation.  We are following the FCO restrictions and local travel advice across Latin America and will keep this blog regularly updated on the impact of coronavirus in Latin America and the measures each country are taking.

Turning to the future, the likelihood is that international air travellers will need to provide proof of a negative or antibody test prior to departure. We work with the London Vaccination Clinic who are able to administer tests from their Notting Hill clinic. Read on here.

President Alberto Fernández confirmed an extension to the nationwide lockdown until 10th May, and has now banned all commercial flight sales and incoming international flights until 1st September. Police are patrolling the streets in numbers and residents are only permitted to leave their houses with a special form stating the reason, the address of the destination and the length of time they will be outside of their homes. In Buenos Aires and other cities in the north, everyone is required to wear a face mask when stepping outside, or risk facing a fine or in some cases, a jail sentence. The infection numbers remain significantly lower than its neighbouring countries, Brazil, Chile and Peru.

Uruguay reacted quickly with a closure of all borders before even the first in-country case was reported. The quarantine is not as strict as neighbouring countries, although all non-essential public officials are required to work remotely. The Social Development Ministry has been distributing food baskets to roughly 157,000 informal workers since the outbreak. The reported numbers of infection remain comparatively low since 14th April, sitting around the 700 mark, and the government are currently working on an exit strategy. On 22nd April, 973 schools resumed class.

Chile has been the highest testing country in the Americas, and are exploring various methods for easing lockdown, including immunity cards and smell tests. An extension to remote schooling has been confirmed until end of May, while essential government workers, such as heads of public administration, are allowed to return to work with an immunity card, if testing negative. LATAM Airline flights from Santiago to Miami restarted on 1 May, and are currently running 6 times a week. Iberia Airlines have flights from Santiago to Madrid listed from 31 May onwards. Travellers may enter the country on the provision that they travel with a completed ‘pasaporte sanatario’ when boarding their flight.

President Jair Bolsonaro faces increasing pressure for his pandemic response after Justice Minister and popular anti-corruption figure Sérgio Moro resigned on April 24th. The president attended an April 19 rally in Brasília where demonstrators called for military intervention to shut down Congress and the Supreme Court, as well as end social distancing. His son is now being investigated by the police or promoting the rally and spreading false information. Infection numbers continue to rise with the worst hit place being Manaus, the gateway to the Amazon. Charities such as Amazon Frontlines are helping donate food and medical supplies to indigenous communities in need.

President Martin Vizcarra has decided to allow markets to continue operating despite 79% of vendors at one of Lima’s food markets have been confirmed with the virus. He argues that such a move could create food shortages, so instead the soldiers and police officers were deployed at the market to take the temperature of traders and clients and infected merchants would be replaced.

Due to have their national elections on 10th May, Bolivia have found themselves with an interim President for the foreseeable future as the elections have been postponed until further notice. Jeanine Añez had been in post for a matter of weeks when the virus hit and some have accused the right wing former senator of exploiting the virus for her electoral advantage. The lockdown remains strict, with only one person per household allowed to leave at any one time, and only between the hours of 7am – 12pm. This person must be between 18 and 65 years old and may only go outside one day per week, according to the final number of their ID card or passport. Nobody is permitted to leave their homes on Saturday or Sunday. Failure to comply will lead to fines and possible jail time, as armed forces and national police patrol the streets.

With effect from 16 March, the President has announced a lock down that will last for 60 days across mainland Ecuador & the Galapagos. From Wednesday 25th, from 2pm – 5am, everyone must stay in their houses with no exceptions, and will be fined a minimum of $100 for breaking this curfew. Over Easter weekend the country saw a spike with over 2,000 new confirmed cases. The largest city, Guayaquil, is struggling under the pressure and the police have been called in to assist with medical services. The country was hit hard, but are now beginning to see the flattening of the curve.

All land and sea borders will remain closed until May 25th and the country sees a continuation of the lockdown in which only one person per household is allowed to leave at any one time, for food or medical needs and now, for daily exercise. A recent prison break was foiled as the inmates attempted to dig a tunnel, and guards seized dozens of handmade weapons, as well as mobile phones. On May 11th an attempt to reopen the economy will see sales of cars and furniture as well as stationary shops, laundry services and book stores to open.

Panama is taking a new, somewhat unorthodox approach, to combat the spread of the virus by separating the sexes. On Mondays, Wednesdays and Fridays, only women will be allowed to leave their homes for necessities, while men will be given freedom on Tuesdays, Thursdays and Saturdays. On Sunday, everyone must stay home. A night curfew is also in play, from 5pm – 5am. The lockdown has been extended to 21st June and all hotels must remain closed until 30th June. From 1st June, churches have been permitted to open at a maximum of 25% occupancy, but all shopping centres and schools remain closed.

Things are starting to look up in Costa Rica as the number of active cases sits around 350 and continues to fall. The country has one of the best healthcare systems in Latin America. On 1st June, on the condition that there will be high cleaning standards and social distances is adhered to, restaurants, beauty salons, barber shops and museums have reopened. Hotels with fewer than 20 rooms are permitted to accept guests at 50% occupancy and national parks have reopened with a cut off point for ticket sales at 50%. The borders will remain closed until 30th June.

According to the latest report from Nicaraguan Ministry of Health (MINSA), Nicaragua has the lowest number of infections of any Central American country. Daniel Ortega’s approach to the virus has been somewhat controversial, ignoring the advice to go into quarantine or to conduct social distancing. The Centre for the Prevention of Natural Disasters in Central America has pledged $1.96billion dollars for testing kits and health officials are being sent around the cities and small towns to test locals in their homes. Sandinista health authorities deny COVID-19 has entered the community contagion phase. However, the Cuban government said five of its nationals who returned from Managua tested positive. A rise in atypical pneumonia from doctors in the Nicaraguan hospitals is also concerning, as this is not being counted at coronavirus. While the infection figures may be blurred, there’s no doubt this stick-it-and-see approach will help keep the already precarious economy running.

Scores of people took to the streets recently with red and white flags signalling the need for food and medicine. Those in the rural areas are the most hard hit, as the government focuses its health budget on the larger, wealthier cities. It’s been discovered the wave of coronavirus cases reported came from emigrants returning from the US following a closure of the US borders. The entire country is on lockdown, social distancing measures have been implemented and anyone leaving their houses must wear a face mask.

Since 5th May no new cases of coronavirus have been reported and the country is slowly reopening for business!

Since closing schools and ramping up social distancing in late March, Mexico has urged its 126 million inhabitants to stay at home and ordered the suspension of non-essential business activities. In a press conference on 23rd April the president, Andrés Manuel López Obrador, claimed the country had “flattened” its coronavirus curve, despite official figures showing a relentless rise in cases. Latin America’s second biggest economy is under severe pressure while Obrador introduces austerity measures and clamps down on lending to aid small businesses. However, he wants to start reopening the country on 17th May and is forecasting a positive bounce back.

Cuba is showing signs of being a success story throughout this pandemic. It was quick to respond and adhere to isolation measures, and rations have been put in place to ensure people receive a fair supply of food. The country was well prepared for the virus to hit and since 2nd March has released a multiple-step plan for prevention and control, clearly communicating this to the nation. In the initial phases, they activated a group of experts to work on bringing vaccinations to the Cuban people and other infected countries. Since then in China, coronavirus patients are being treated with a Cuban antiviral drug, Interferón Alpha 2B Recombinant (IFNrec), which is also used to treat HIV, the human papilloma virus, and hepatitis types B and C. Cuba also took the lead on March 18 with a gesture of international solidarity that deserves mention. This week, 39 Cuban healthcare workers were flown to Italy to help with the virus as part of the “doctor diplomacy” policy introduced by Fidel Castro in 1959. The second team – 21 doctors and 16 nurses led by a kidney specialist who previously worked in the Venezuelan Amazon – touched down in Piedmont’s capital, Turin, on 12 April to replace overworked Italian professionals.

It is a challenging time for everyone, and we endeavour to be supportive of the needs of our clients about to travel, and those considering booking a future trip. We will continue to provide updates via this blog so we can keep you informed as best we can, until Latin America is safely back on its feet. If you have any questions, please send a message to your travel designer or travel@plansouthamerica.com, the team are on hand to help. Check our blog and social media for future travel inspiration – we could all do with something to look forward to! 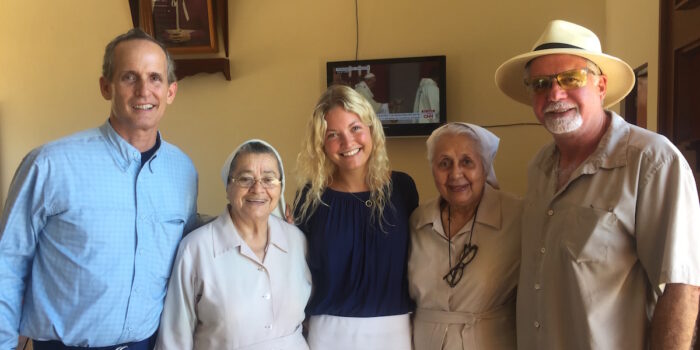 PSA are in allegiance with the American Nicaraguan Foundation, set up by philanthropists Don Alfredo... 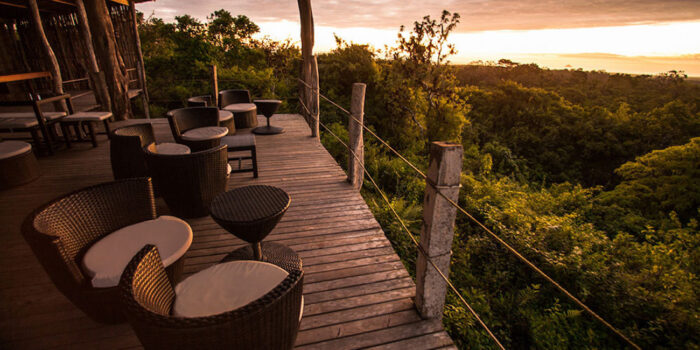