Once one of the world’s wealthiest cities, Buenos Aires melds Old World charm with graceful beauty, a cosmopolitan heart and fiery soul. Explore this electric capital under the wing of a specialist guide and see the wonder of Buenos Aires through the eyes of a local. Bespoke tours are tailored to your individual interests, spanning architecture and history, food and wine. There are 48 neighbourhoods in Buenos Aires, each with their own distinct atmosphere and contrasting architecture, each with their own story to tell. Keep reading our Buenos Aires guide to get the full scoop on our top five favourite neighbourhoods to visit when in Buenos Aires.

Large parks border this elegant residential and shopping district, replete with boutiques, cafés, handsome old apartment buildings, townhouses, plazas, and cultural centres. The outbreak of yellow fever in 1871 in the south of the city caused the elite to swarm to this area, laying the foundations for a concentration of intellectual and cultural activity.

Shopping
We recommend a stroll along the elegant Avenida Alvear, lined with French-style architecture and haute couture boutiques – don’t forget to pop in for a gin and tonic at the exquisite Alvear Palace Hotel (Av. Alvear 1891).

History
Visit the Cementerio de La Recoleta (Junín 1760), the final resting place for some of Argentina’s most illustrious citizens. At its entrance is the Basílica de Nuestra Señora del Pilar. Get there early to beat the crowds. 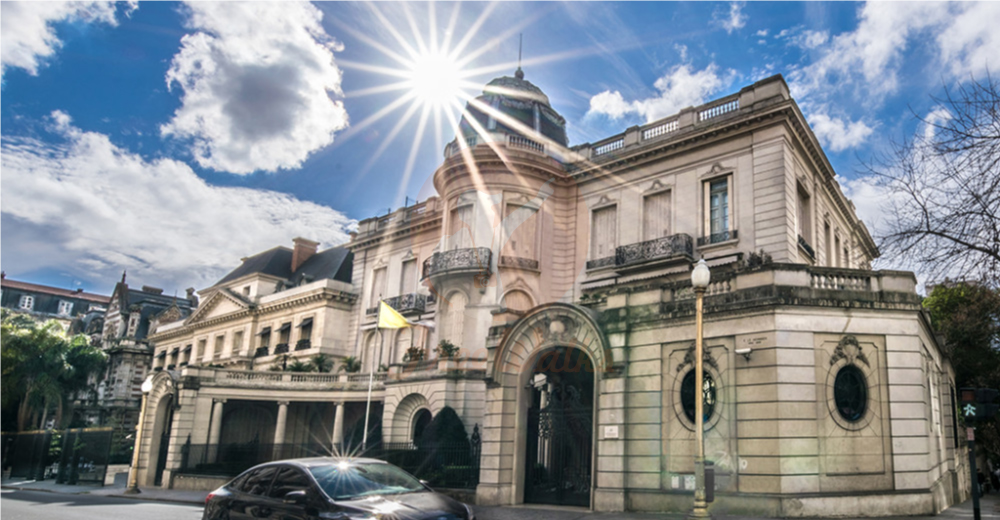 Home to assorted national institutions and some impressive banks, theatres, hotels and churches.

Architecture
A stately Belle Époque building, Teatro Colon (Cerrito 628) presides over the Avenida 9 de Julio like a grande dame, elegant and imposing. The century-old building fills a city block, rising four stories and extending three stories below ground, with studios and workshops beneath the avenue and the Plaza del Vaticano. It is one of this city’s most important landmarks, a reminder of a more prosperous era, when artists like Toscanini, Caruso and the Ballets Russes routinely performed here.

History
Casa Rosada or ‘Pink House’ (Balcarce 50) is the Presidential Palace and home to the balcony that Evita often used to address throngs of Peronists who gathered in the Playa de Mayo and up Avenida de Mayo. It became iconic as the setting for ‘Don’t Cry for Me Argentina,’ the signature song of the musical Evita. 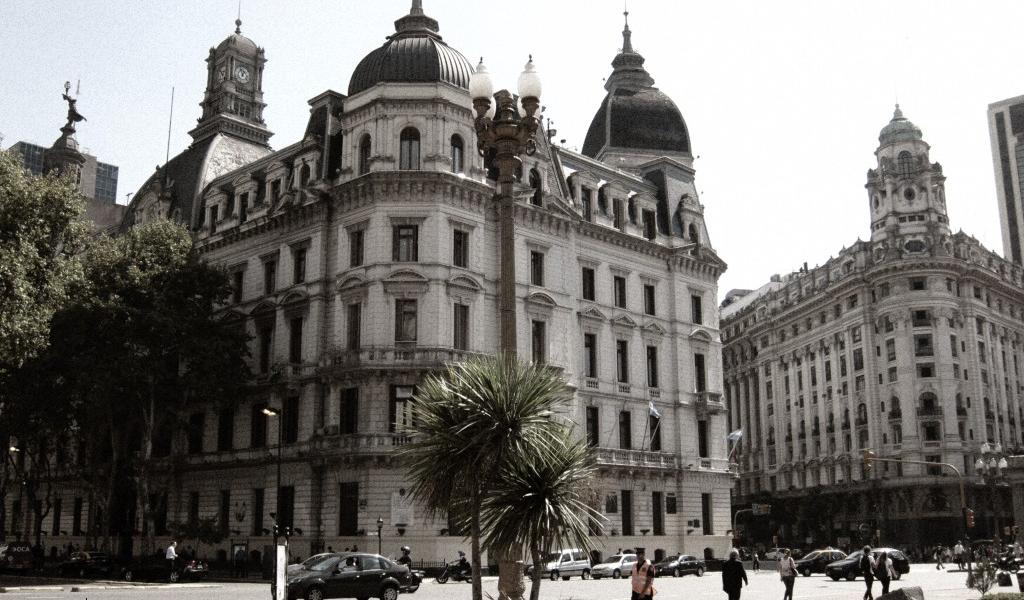 The bohemian San Telmo neighbourhood, named after the patron saint of seafarers, sits midway between bustling Downtown and the quiet port area of La Boca. Its cobblestone streets teem with early-19th-century colonial buildings, once inhabited by affluent Spaniards. Upon the outbreak of yellow fever in the late 1800s, the wealthy moved northward, leaving behind opulent mansions that were converted into tenements and then occupied by immigrant families.

History & Culture
Thanks to renewed urban planning and government subsidies, the worn sidewalks and crumbling structures of San Telmo are being transformed into attractive streets lined with antiques shops, galleries, chic restaurants, and traditional tango halls. The neighbourhood is a cradle of the city’s historic and cultural traditions, and all its landmarks have been declared National Historic Monuments.

Out & about
San Telmo thrives on Sundays, when the art and antiques market in Plaza Dorrego bustles with activity and street performers. Arrive around 10 am to avoid the afternoon crush and aim for lunch at Petanque (Defense 596) or Caseros (Av. Caseros 486) – both will require reservations. Petty crime is common in San Telmo, so please exercise caution when walking here and avoid taking valuables. 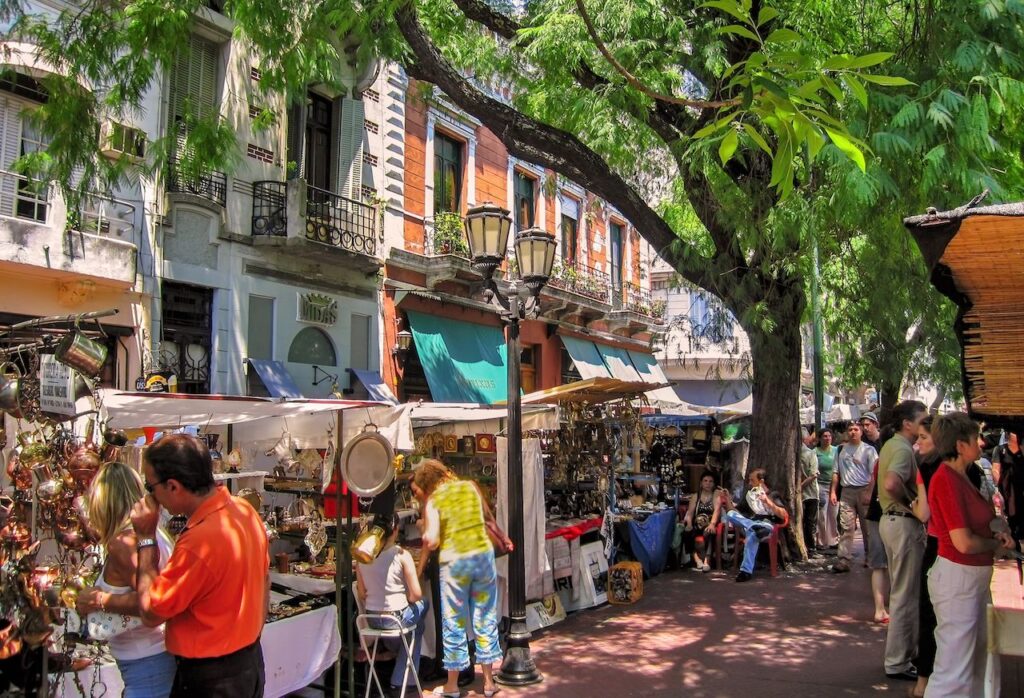 The city’s newest district, with its sleek high-rises, converted warehouses, pristine parks and buzzy restaurants is considered one of the most successful urban waterfront restoration projects in the world.

Architecture & Arts
Love or hate it, Philip Starke’s ultra-modern El Faena Hotel (445 Martha Salotti) is worth a visit, and the Faena Arts Centre (Aimé Painé 1169) puts on some first-rate exhibitions.

Humming with sidewalk cafes, restaurants and boutiques, Palermo is one of the city’s hippest neighbourhoods and offers some of its best night life.

Shopping
Gurruchaga, El Salvador and Gorriti streets are best for shopping in Palermo Soho. Over the rail tracks, Palermo Hollywood is more residential and peppered with funky shops, restaurants and galleries.

Arts
A 15-minute taxi ride away, make sure to leave an hour or two to explore MALBA (Av. Presidente Figueroa Alcorta 3415), a first-class gallery featuring modern and contemporary works. 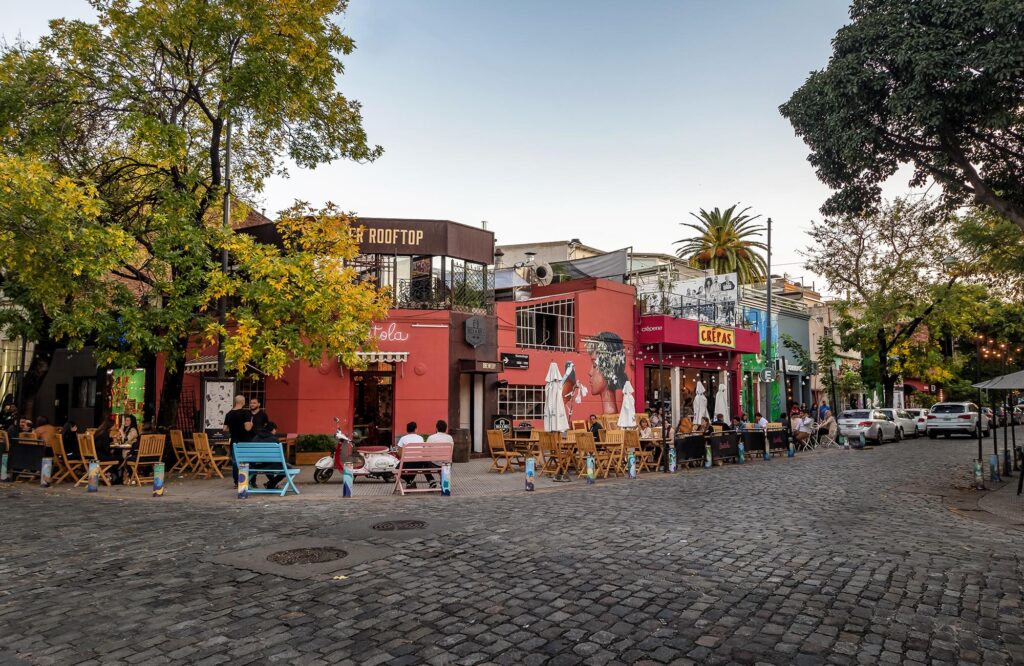 All tours are private, include transfers and an English-speaking guide.

SPEAK TO AN ARGENTINA SPECIALIST