450 artists, 81 galleries, 1 art fair: We gather the Top 5 works of art from the most important art fair in Latin America – arteBA. 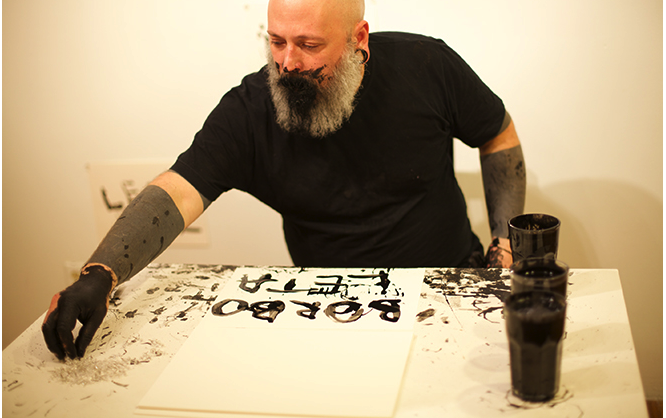 Undoubtedly the highlight of arteBA 2015, Brazilian artist IanÃªs brought a mixture of amazement and repulsion to the crowds. Sitting at his desk with a blank piece of white paper in front of him, IanÃªs invites individuals to sit opposite him and engage in a short conversation. He plays the role of therapist, friend and ally.

At a certain point in the conversation IanÃªs asks his guest to chose a word, the first that comes to mind. On hearing the chosen word, he calmly takes a sizable gulp of black ink and proceeds to write the word with his tongue. Spitting the excess ink into a glass, he turns and tapes the magical word on the white wall behind him, where it joins a large collection of verbal fragments.

IanÃªs focuses on issues of language – its possibilities and limitations. Central to his work is the deconstruction of the invisible barrier between public, artwork and artist so prominent in traditional art. 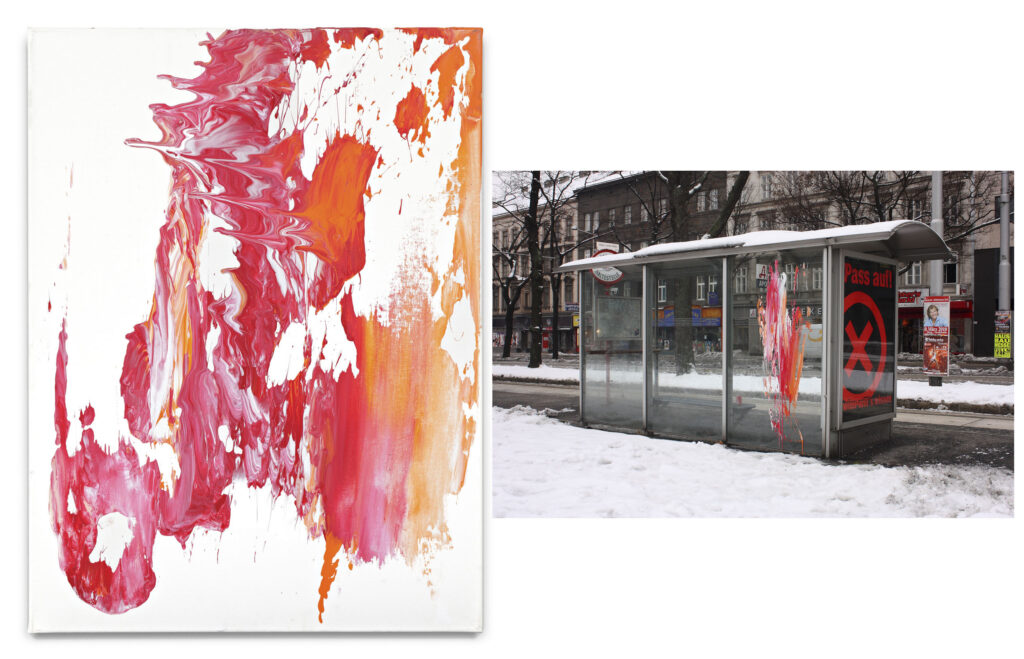 Surface Memory is a series of abstract paintings created by pulling canvases soaked in paint over different surfaces in public spaces. For the arteBA series, Danish artist Falsnaes explored the city of Buenos Aires at night, engaging in an illegal act of graffiti by rubbing paint onto public walls and bus stops with a framed canvas. The paint that remained on the canvas is the resulting artwork; the artist returns to the spot the following morning to photograph the intervened area. In arteBA, Falsnaes presents the painted canvas alongside the photograph of the graffiti. An innovative take on performance which questions the traditional processes of art and role of the artist. 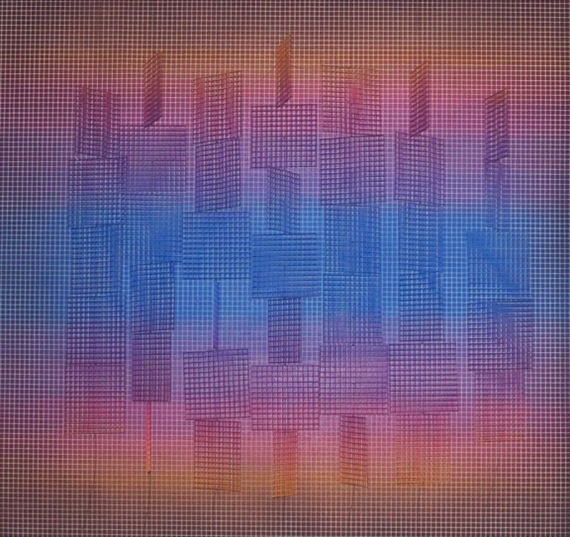 The work of Chilean artist Ivan Contreras Brunet adds experience to arteBA. An established and respected artist, Contreras Brunet spent most of his career in Paris, where he founded the Co-Mo (Constructivisme et Mouvement) movement in 1968. He began working on his first kinetic abstract pieces in 1951, and the Isabel Aninat Gallery brings the best works of this prestigious artist to light.

In an illusive play of colour and space, Irisation Mobile is an intriguing and innovative proposal. Contreras-Brunet chooses geometry as his artistic language in an attempt to communicate core values of creative expression and to restore the order which he thought had been lost in society.

Placing particular emphasis on transparency and colour, simple shapes and subtle suggestions of light and movement, Contreras-Brunet successfully creates a unique language that is both pictorial and mathematical. 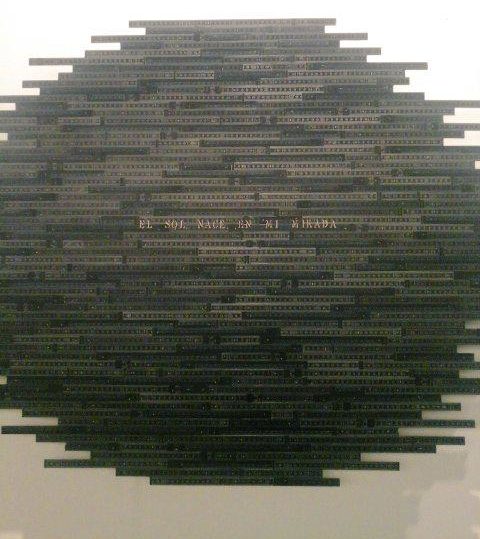 The phrase “EL SOL NACE EN MI MIRADA” [The sun is born in my gaze] stands alone, engraved into a set of dark painted wooden rulers, pieced together to form a distinctive canvas. Uruguayan artist Pedro Tyler has been working with rulers of varying materials since 1999; attracted to the idea of creation and destruction and the immeasurable features of inner and outer worlds, Tyler combines mathematical precision with mental uncertainty.

The work of Tyler becomes increasing interesting and complex as the artist explains its underlying concepts. Intriguing, intelligent, and slightly timid, Pedro Tyler is hands-down our favourite artist of arteBA 2015. 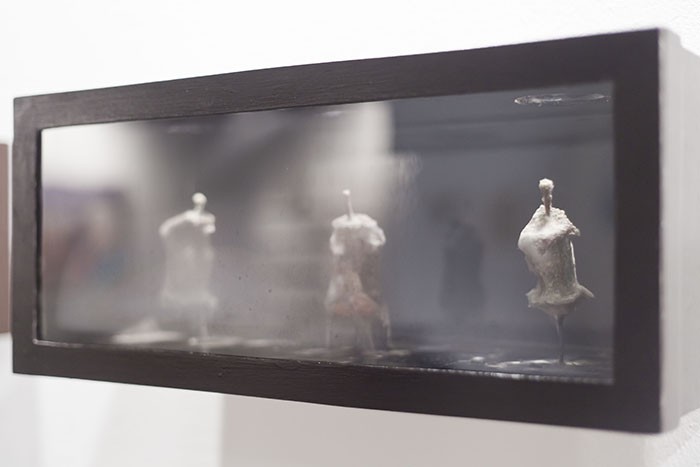 A modern day vanitas scene, Argentine artist Leon presents a series of apples encased in small wooden boxes with glass fronts showing various stages of decay. The apples in question were bitten and installed 4 days prior to the opening of the fair; the rapid decay of the fruits calls to mind deeper questions of time, life and death.

One for the road: If you want to see your material dreams crushed, this is a work for you. US Dollar Moneyball by Alberto Echegaray Guevara presents a glass sphere filled with US$1,000,000 – shredded. In what has been described as a striking and tangible representation of Argentina’s current economic reality, Moneyball curiously raises feelings of greed and materialism in the viewer.